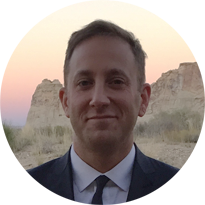 Jesse began his career at Fox Sports Net as an Associate Producer of Fox Sports News and The Keith Olbermann Evening News. He attended the producing program at the American Film Institute where he reconnected with David Gross, a close friend from their days at summer camp in Canada. Soon after school, the two started No Trace Camping. It took several years of development, lonely lunches and unreturned phone calls to make GOON, their first film together.

Prior to his time in the entertainment business, Jesse was a scout in the NFL for the Buffalo Bills. He played college football at Colgate University in Hamilton, NY and was born and raised in Pittsburgh, Pennsylvania; a place he holds dearly. His family, including parents Barbara and Daniel Shapira, still reside there, and Jesse visits frequently to this day. 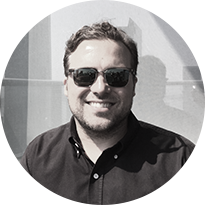 Gross grew up in Toronto, and met his future business partner, Pittsburgh-native Jesse Shapira, at summer camp in Ontario when he was eight years old. They have been best friends ever since and both decided to attend the American Film Institute’s producing program in 2005. Upon graduation, they went on to form the independently financed production company No Trace Camping, named in homage to their fondly recollected years spent at summer camp.

No Trace Camping garnered international attention in 2012 with their inaugural film venture, “Goon.” The film debuted as the highest grossing film in Canada during its opening weekend. “Goon” went on to earn over 4M at the Canadian Box Office, making it the top grossing Canadian film of 2012. NTC followed the success of “Goon” by optioning the Black Listed relationship-comedy “What If.” Released to strong notices in the US by CBS Films in 2014, WHAT IF starred Daniel Radcliffe, Zoe Kazan, Adam Driver and Mackenzie Davis. The acclaimed release of the Oscar®-winning drama “Room,” solidified the industry presence of producer David Gross, one of Variety’s “10 Producers to Watch” in 2015. In addition to winning the Oscar® for Best Actress for star Brie Larson, “Room” was nominated for 4 Oscars, 3 Golden Globes, and won several leading critic’s prizes. 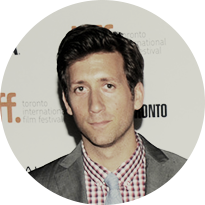 Jeff has been working for 16 years in the feature film business. The first 10 years were spent as a studio executive at 20th Century Fox. He started at Fox Searchlight in 1999, during the nascent stages of the division, where he worked on such films as Alex Aja’s THE HILLS HAVE EYES, THE RINGER starring Johnny Knoxville and ONE HOUR PHOTO with Robin Williams. Arkuss worked his way up within the company, and most recently served as Vice President of Production at Fox Atomic. There he oversaw the production of a number of films, including THE ROCKER, starring Rainn Wilson, Emma Stone and Josh Gad.

Over the last five years, Arkuss has joined forces with Jesse Shapira and David Gross at No Trace Camping.  WHAT IF was their first feature together.

Jeff was born in Boston, Massachusetts and also attended Colgate University, in Hamilton, NY, where he met Jesse. 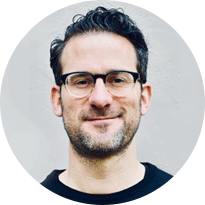 Josh has been working in the film business since 2007, when he started at Creative Artists Agency. After continuing to learn the ropes under Oscar-winning producers Doug Wick and Lucy Fisher at Red Wagon Entertainment, he spent 3 years as a executive at Paramount Pictures, working on MISSION IMPOSSIBLE ROGUE NATION, STAR TREK BEYOND, and THE GAMBLER, among other films. From Paramount, he moved to The Mark Gordon Company / eOne, where he co-produced Aaron Sorkin’s MOLLY’S GAME and managed a slate of film projects including a remake of John Woo’s classic THE KILLER. It was while working at eOne that he met Jeff, Dave, and Jesse. He joined the team in early 2019.

Josh has spent most of his life in Los Angeles, with 4 years out east at Harvard. He is a proud alum of The Hasty Pudding Theatricals and The Signet Society. 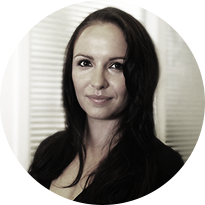 Chantelle joined No Trace Camping in 2014 as the Director of Business Affairs and Supervising Producer on the feature film adaptation of Emma Donoghue’s New York Times best-selling novel, “Room”. Prior to joining No Trace Camping, Chantelle worked in business affairs for the Canadian hit series “Flashpoint”. A Sheridan College grad, she produced her first feature, indie horror “Abolition” for Skeleton Key Global films in 2010. Her award-winning short films have screened worldwide.

After relocating to Toronto, Jacki soon found her calling in the feature world, accumulating credits on films such as Adam Sandler starrer “PIXELS,” and Oscar Winning “Spotlight.” In 2015, Jacki joined No Trace Camping to film the sequel to their hockey cult comedy, “Goon.”

Jacki was born in Edmonton, Canada where she attended the University of Alberta before continuing with graduate studies at Concordia University in Montreal. She is now based in Los Angeles. 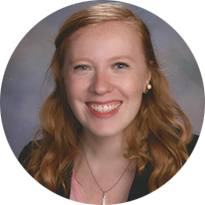 Assistant to the Producers

Kristin started her career in film with internships at Kevin McCormick’s Langley Park Pictures, Andrew Lazar’s Mad Chance Productions, and the United Talent Agency. Thoroughly head over heels for all things entertainment, she relocated from her beloved native Chicago to Los Angeles, where she worked in literary management at The Radmin Company.

Kristin is a proud alum of Tufts University, where she wrote and executive produced several web series and shorts with TUTV. She is thrilled to now be a part of the No Trace Camping team!

In her spare time, Kristin sings opera with the California Philharmonic chorus and the LA Met.